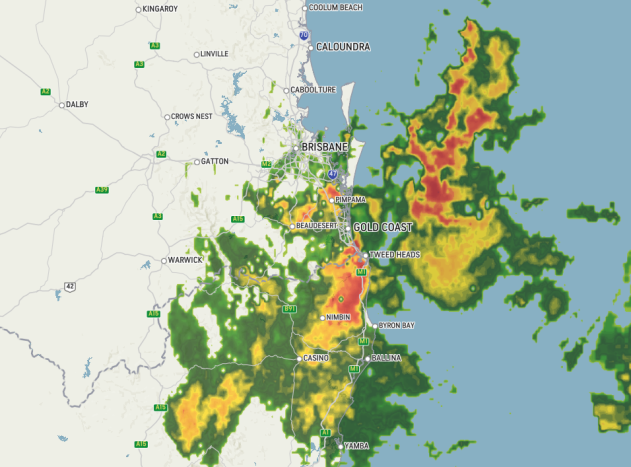 The Bureau of Meteorology’s weather radar at Mt Stapylton south of Brisbane went offline on Tuesday night due to major problems. It is not known when it will be back online, but it could be as long as a month. The radar was taken offline during a series of stormy days in south-east Queensland that resulted in flash flooding. Until then, local residents are encouraged to check the weather forecast on the internet.

The area of low pressure stalling in the region has led to heavy rainfall across southern and southeastern Queensland. The Bureau of Meteorology has predicted that Brisbane will experience 10 to 30mm of rain on Wednesday. As far as rainfall goes over the next five days, as much as 140mm could fall across southeast Queensland. However, some models are predicting that the heaviest rain will fall further north. If this is the case, residents in southern and eastern areas should take note of the rain radar’s warnings.

The Beenleigh radar is located at an isolated hill 150m above sea level. This radar offers low-level coverage of the greater Brisbane area. Although its coverage area is limited by the Great Dividing Range and the Lamington Plateau, it is sensitive enough to pick up rainfall. Although it cannot detect rain and snow at the ground level, it provides a good overall picture of precipitation in the region. The radar can detect rainfall in all sectors of the city, but some limitations may apply.

The Marburg radar was upgraded six months ago. It was supposed to give a clearer picture of the weather and distinguish between rain, hail and snowfall. Unfortunately, it is not working properly. Technicians from the Bureau of Meteorology were working on a fix. In January, the radar was down for 62 hours. As a result, meteorologists are dependent on a 10-minute satellite update to determine when and where to move to avoid storms and rain.